The Kingsley is located at the site of Cork’s old Lee Baths, the open-air swimming pool that operated from 1934 to 1986. An area upholding an abundance of history and intriguing stories of the people of Cork.

The Lee Baths became the main swimming facility in the city and were used extensively by clubs such as Dolphin Swimming Club and Sundays Well Swimming Club in 1934. The pool was 50 yards long with a deep end of 7ft, and a shallow end of 4ft, and the amenity also included a paddling pool for young children. The depth in the diving pool was 15ft.

Perhaps the best known of the lifeguards at the Lee Baths was Andy O’Brien, dubbed the ‘Brown Bomber’ because of his year-round tan. Mr. O’Brien was a high-board diver who lived locally and was the head lifeguard at the Lee Baths. Diving and swimming competitions were held regularly at the Lee Baths and water polo was practiced after public hours.

Although used extensively in the summers for several decades, eventually the popularity of the Lee Baths began to wane. In the summer of 1985, the Corporation suffered a deficit of £35,000 in operating costs over the seven-week opening period of the facility that summer.

“Because of the summer that never was in 1985, Cork Corporation had no plans to open the Lee Baths in 1986. These operational costs coupled with the rise in popularity of new indoor swimming pools brought about the end of The Lee Baths, but the legacy and fond memories of the baths linger on. We honour this connection throughout the hotel, having named many of the business suites after eminent figures in the development and implementation of these historical baths. 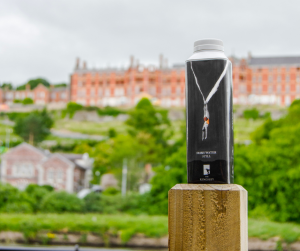